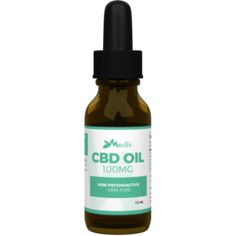 CBD is one of the over 100 cannabinoids found in cannabis. Although research on its benefits and uses is still undergoing, there is significant evidence on its use to curb these ailments.

1. Fight cancer
Research shows that CBD is helpful in the treatment of cancer in several ways. One of them is that it has an antitumour effect, and can accelerate the death of tumor cells in both leukemia and colon cancer. Additionally, it has been used to stop the spread of cervical cancer cells. Although the use of CBD in cancer treatment is currently in its pre-clinical stages, it is quite promising.

2. Anti-seizure properties
Seizures occur due to an abrupt fluctuation of electrical activity in the human brain. Although it has been in use for this purpose for a long time now, it’s only recently that science has managed to confirm the relationship. A study published in a medical journal known as New England stated that CBD helped curb the symptoms of Dravet syndrome, which is a rare kind of epilepsy.

3. Reduce diabetes risk
A research conducted on female mice showed that only 32% of the mice who received CBD oil were diagnosed with diabetes. This study is published in Neuropharmacology. It is an indication of the wonderful benefits related to CBD oil that we can all explore.

4. Digestive aid
Proper appetite is important to ensuring a healthy body, especially when we are recovering from an illness. Some diseases cause a reduction in appetite to the point of making it difficult for the body to heal. CBD oil binds to the cannabinoid receptors in the human body, which are believed to regulate feeding behavior. CBD oil therefore stimulates appetite when they link to these receptors.

Subscribe now and receive important information and updates on CBD